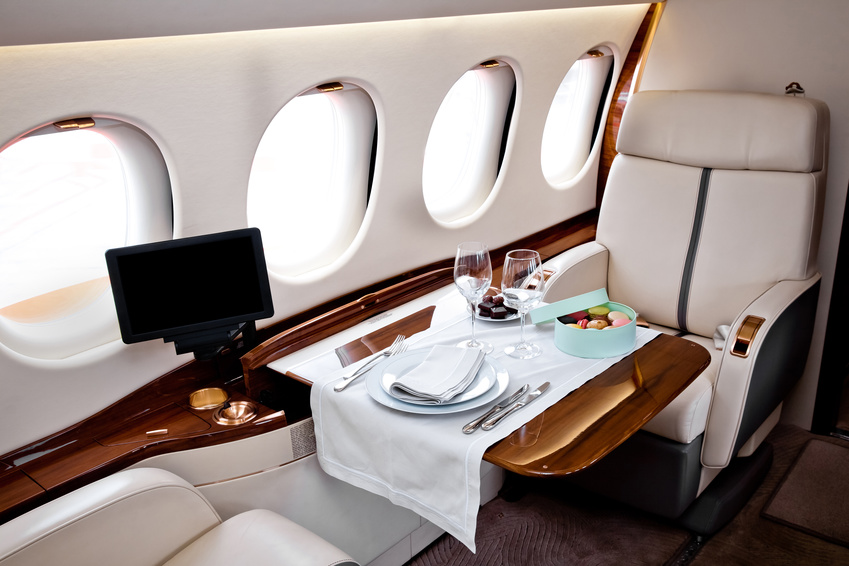 According to a 2011 report, 86% of consumers will pay more for a better experience, and television personality and chef Rachael Ray did exactly that…by spending over $80,000 on a private jet.

Plot twist: it wasn’t entirely for her. The private jet purchase, Ray revealed in a recent profile with the New York Times, was made so that her pit bull, Isaboo, can accompany Ray and her husband, John Cusimano, to Italy.

By 2011, 11,261 private jets were registered in the United States, but this purchase, which was perpetuated by pure puppy love, could be the first of its kind.

Those who have been following Rachael Ray should know that she’s absolutely obsessed with her dog. In fact, according to People Magazine, Isaboo was “front and center” when the couple renewed their wedding vows for their 10th anniversary in Tuscany back in 2015.

“She walked me down the aisle and John tied the little ring box to her,” Ray said. “She has a little wreath of flowers around her neck and my friend who’s an artist painted her harness and it was just sort of mixed in with the flowers. She was phenomenal.”

Though the pup-motivated private jet purchase may seem a bit opulent and over the top, the New York Times was quick to note that Ray has always been down to Earth, despite her wealth. In fact, she even washes and irons her own sheets, as well as those of anyone staying in her guest house in Lake Luzerne.

Ray, who will be 50 in August, is also known for her giving personality. With a list of Christmas gift recipients that exceeds 30 pages, she says that she’s not motivated by wealth, but by generosity.

“I have no idea if there’s $4 in my pocket or $400,” she said. “I never ask about it. That’s why I have bankers. I don’t want to know anything at all about what I’ve got or what I don’t. It’s never motivated me. It never will,” she told the Times.

Still, Ray has built quite a reputation for herself as an entrepreneur. She now has her own line of dog food, cookware, and furniture. In a recent International Window Film Association survey, more than 52% of respondents said they worry about the sun fading their drapes, carpets, and home furnishings. But lifestyle guru Ray seemingly has a resolution for any home related problem. She also has her own magazine, has published multiple cookbooks, and, most notably, has her own talk show, which has recently been renewed for its 13th season.

Despite all she’s accomplished, the Times is quick to note that Ray is very much still in touch with her roots.

“She is still very much the upstate New York kid whose first job was running the dish machine at a restaurant her mother managed,” writes Kim Severson in the New York Times.